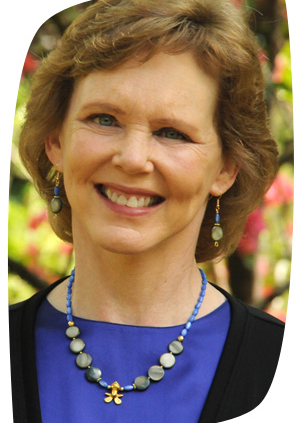 My name is Rita Marie Johnson. I founded Rasur International, which trains educators to offer the BePeace practice to students, and trains other motivated adults, so that eventually every child will know how to practice peace and pass this skill to the next generation. I am the Face of Peace.

When I was 10 years old, I experienced a fourth of July I will never forget. I was sitting on the front steps of our farmhouse, waiting for it to get dark so we could shoot off the fireworks.  I got bored so I decided to take a walk down our country road.  As I walked, I witnessed the most glorious sunset I’d ever seen.  My heart was filled with appreciation for this splendor and I felt such a deep peace in that moment.  Then suddenly my inner voice said, “And you will work for peace”.  I was startled and said “But how can I do that and have a husband too?”  The voice reassured me that I could do both.

This clarity about my peace work drifted away at times over the years because I didn’t know how to feel peace and speak peacefully myself.  Integrity and my life purpose needed to go forward hand in hand, so I went on a quest to understand the “how to” of peace and ended up in Costa Rica.

After arriving there, I learned of an epic poem, Rasur, about a mysterious teacher who comes to a village and silently calls all the children inside a mountain, where he teaches them about peace.  At the end of the day, the children come out and tell their parents what they are learning from Rasur. As this goes on through the week, their little village turns into a culture of peace.  When Rasur leaves, one of the parents says, “You know, before directing the lightning in the sky, we must first harness the storms in our own hearts.”  They all agree and realize that if they can embody these peace teachings, all of Costa Rica could become a culture of peace.

“Inner peace is not all that is needed to establish world peace. We must create peace infrastructure in our governments if we are to have lasting peace…”

This poem was written in 1946 and the army was unexpectedly abolished in 1948.  Since that time, Costa Rica has made many decisions for peace, including a law that requires peace education in every school.  I realized that the poem of Rasur was a prophecy and I wanted it to be maximally fulfilled so the world would have a replicable national model of peace.

My first step was founding the School of Rasur, where we tried various social and emotional learning methodologies with the children. Soon I discovered a method called HeartMath, which opened my eyes to a whole new world inside my heart.  Through HeartMath’s scientific approach to achieving coherence between the heart and the brain, I found a reliable way to feel peace.  Three steps – heart focus, rhythmic breathing, heart feeling of appreciation.  Then I discovered how being coherent gave me immediate access to my intuition and, consequently, better solutions to any problem at hand.

After this breakthrough, I realized that appreciating that sunset long ago had sent me into a state of heart-brain coherence, giving me access to my inner voice.  My life purpose had come through to me in a moment of coherence!

However I needed one more piece in order to be an effective peacemaker.  In moments of conflict, I didn’t know what to say to bring peace.  Then I discovered Dr. Marshall Rosenberg’s method of Nonviolent Communication (NVC). After taking nine days of training with Marshall, I realized the secret of NVC is that it connects us to the universal needs all human beings share and, therefore, to each other.

It wasn’t long before I had the “aha” of my life; I combined the coherence I’d learned from HeartMath with the connection I’d learned from NVC.  This discovery evolved into what I named the practice of BePeace.  The synergy between coherence and connection in BePeace took me to a new level of living.

Inspired by the results of BePeace practice in my own life, I founded an Academy for Peace in Costa Rica to teach BePeace in public schools. After offering it for seven years in schools in Costa Rica, now we are bringing it to the US. Imagine every child practicing peace so it can be passed to the next generation.  We will stop generational violence by establishing generational peace through the children.

We have already introduced BePeace in 12 states and our Foundations Course is offered each year at the UN University for Peace for two graduate credits. Now the National Peace Academy of the US is including it in its certificate program. We have begun a pilot project in Texas that will measure the impact of BePeace in a public school classroom. This pilot will open the doors to many more US schools.  We aim to reach educators who will then bring BePeace into their classrooms on a daily basis.  However we teach adults from all walks of life in our courses as all adults will ultimately influence children.

Inner peace is not all that is needed to establish world peace. We must create peace infrastructure in our governments if we are to have lasting peace so I worked toward this end as well.  I founded the Rasur Foundation in 1998, which initiated a Ministry for Peace bill in Costa Rica in 2006. It passed in 2009 without opposition. Now our nonprofit Academy for Peace is being integrated into this new Ministry for Peace.

The Rasur Foundation also initiated an alliance of nonprofit organizations for peace, RED de Paz, which meets regularly now, facilitated by the Ministry for Peace.  Consequently we have strengthened Costa Rica’s national model of peace by making it more holistic:  BePeace for practicing interpersonal peace, the Academy for Peace for teaching BePeace at the grassroots level, the Ministry for Peace for a top down approach and the RED de Paz to coordinate efforts between civil society and government. Our next step is to replicate a similar model in the US.

Zulu
We use cookies to ensure that we give you the best experience on our website. If you continue to use this site we will assume that you are happy with it.Ok