“I cannot tell you with what weapons mankind would fight WW3, but I can assure you that WW4 would be fought with sticks and stones.”      ~ Albert Einstein

There is currently a bill before the U.S. House of Representatives to establish a Department of Peacebuilding. This historic measure will augment our current problem-solving options, providing practical, nonviolent solutions to the problems of domestic and international conflict. The legislation will pass from bill to law under one condition: that a wave of citizen interest rise up from the American people and make itself heard in the halls of Congress. During the 20th Century, over 100 million people lost their lives to war — most of whom were non-combatants. Now, at the dawn of the 21st century, the extent and current speed of nuclear proliferation makes the achievement of non-violent alternatives to war the most urgent need of the human race.

Thank you to everyone who participated in the DoP Campaign’s annual initiative during Season for Nonviolence.

Since in-person meetings are unlikely for our Annual Peace Wants a Peace of the Pie Campaign, we’ve launched a Summer 20 in 2020 Campaign this year.  Please consider calling your Member of Congress and a select 20 MOCs and ask that peacebuilding be made a priority in our country. See updated flyer here. 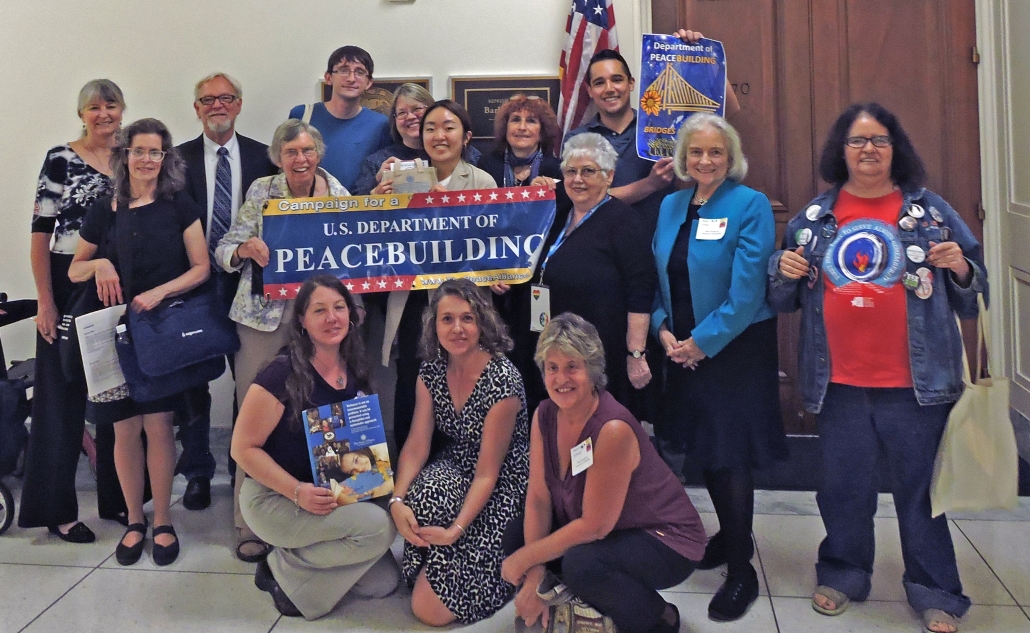 A Department of Peacebuilding will work to:

What you can do:

Take Action!  Tell Congress to get behind H.R. 1111, legislation to establish a U.S. Dept. of Peacebuilding. If you call, email or otherwise contact your representative in support of a U.S. Department of Peacebuilding, please record your action!

Donate to the Department of Peacebuilding Campaign efforts here.