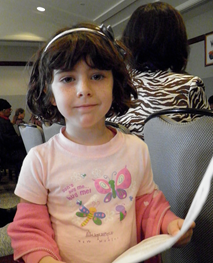 The November 2014 meeting focused on what went well with the election,  what did not, and how the CDP can improve on its tradition of establishing a more just and equitable society – matters which overlap with TPA concerns.

During the weekend meeting, the CA TPA focused on expanding support for our peacebuilding initiatives – including the U.S. Department of Peacebuilding Act (DoP), the Youth PROMISE Act (YPA), restorative justice, restorative practices and Proposition 47 reforms.  We listened, we dialogued, and we networked about the implications of peacebuilding in creating a society that values and nurtures all.

This was interspersed with CDP concerns about the abysmal November voter turnout, especially among college students, and the importance of focusing on issues of concern to base supporters.  Many vocalized the need to stand for something rather than acting out of fear and worry about the “opposition.”  Other themes included education, the environment and poverty.  One speaker told a story about newly-elected State Senator  Mike McGuire (District 2) who was so dedicated to knocking on every door in his very large Northern CA district that he kept campaigning on into Oregon.

In the arena of ‘standing for something,’ the CDP passed resolutions in support of saving net neutrality, stopping UC tuition hikes, condemning the disappearance of Mexican students, and supporting executive action on immigration reform.  The party also passed a Ferguson resolution:  “No Taxation Without Representation,” which supports the citizens of Ferguson’s drive to re-establish the democratic process and “we recommit to the principle of one person, one vote, with a goal of 100% registration and voting in all CA counties” and resisting any efforts to disenfranchise voters, wherever they may reside.

At our CA TPA booth, we talked about local, national and international violence and peacebuilding possibilities.  We asked attendees to sign letters urging members of Congress to cosponsor current and upcoming 2015 DoP legislation and came away with 271 signed letters.  We asked delegates to sign a United Nations petition urging all member nations to create departments, ministries and infrastructures of peace.  We attended caucus meeting and general sessions.  We listened to party officials and attendees.  Our outreach included:

Because peacebuilding touches all of us, we connected with as many CDP caucuses as possible. In some cases we attended the caucus meetings, spoke at some to update them on the status of the U.S. Department of Peacebuilding legislation, met with caucus leadership or informally talked with caucus members.  In addition to the Business and Professional caucus, the CA Young Dems, the Chicano/ Latino caucus, the Labor caucus, and the Rural caucus, we connected with: