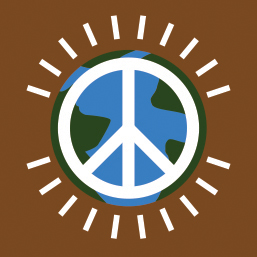 It’s that time again and I want to provide you with a formal report of all we’ve done in the first half of 2015 – and there has been much to report.  Perhaps, the greatest sense of accomplishment has been the highly successful launch of our “Be the Movement” initiative.  We worked on crafting this important peacebuilding framework for over a year.  Judging by the broad positive reaction to its launch, it is clear that our efforts were well worth it.

So what does this all mean?  We are committed to using this initiative to empower and inspire large numbers of dedicated advocates and the general public to take a meaningful step for peace.  We realize that in order to reach our goal of a million-strong movement, we will need considerable support from other organizations and their networks.  That is why we are so pleased to have recently been approached by the Oprah Winfrey Network to explore ways to cooperate on many of our shared values and beliefs.  And, we have begun to work with many others, as well.

Since its launch, it has been our intention to keep “Be the Movement” and the Cornerstones on people’s radar screens by providing details of what is being done in each Cornerstone’s area and continuing to expand our reach.  We have seen tremendous feedback and offers not only committing to action, but requesting collaborations to move forward.

Our new promotional video, “Peacebuilding: Our Next Frontier,” has been seen by thousands. The feedback on it has also been great.

We have announced plans to hold a national conference in October built around the initiative and its five Cornerstones.  The Conference agenda has already been developed and we are aggressively reaching out to potential expert speakers and panelists.  An important component of the Conference will be in-depth grassroots training led by noted author and grassroots-organizing expert, Sam Daley-Harris, Founder of the highly respected anti-poverty group, RESULTS.  We are offering a sliding scale registration fee designed to encourage diverse attendee participation and a very discounted rate for students and young people.  Also, we have been soliciting help to allow for scholarships to be offered to those who would not ordinarily be able to afford a trip to Washington, DC.  As we continue to build a movement toward increased peace and justice, we are finding new and creative ways to ensure that there is diverse participation and representation in all that we do.

All the best,
Bob Baskin, President

Be the Movement! Take a Step for Peace Marin Event:
Scroll to top