The California Democratic Party (CDP) adopted a resolution encouraging establishment of a CA government entity devoted to peacebuilding and violence prevention.  Following submission of the resolution by the CA Department of Peacebuilding (DoP) Campaign at the CDP’s Executive Board meeting in July, the Party adopted the “Smart on Peacebuilding” resolution in November 2018.

The “Resolution to Encourage State Legislators to Establish a California Peacebuilding and Violence Prevention Government Entity” (CA PBVP Entity) calls for the CDP to encourage legislators to support and work for the creation of a permanent office, agency, or department within the State government devoted to peacebuilding and violence prevention, including policies and programs that analyze, educate, support and promote effective solutions to end violence, in all its forms, and that such policies and programs shall be available to citizens, local governments, institutions and organizations.

The CA PBVP Resolution grew out of work by Del Martin, the mother of current DoP Advocate Kendra Mon.  In 1976, Del Martin wrote Battered Wives,the first book in the U.S. about domestic violence.  As a result, Del was appointed to the California Commission on Crime Control and Violence Prevention.  When Kendra was going through her deceased mother’s papers, she came upon the Commission’s 1982 report and realized what a precedent this set for California violence prevention and how much in alignment with a Department of Peacebuilding the Commission was.  Kendra took this information to the Northern CA Leadership Retreat and the CA DoP Campaign in 2018.  The CA DoP Campaign is taking Del’s vision and determination forward in 2019.

In his inauguration speech on January 7, 2019, CA Governor Gavin Newsom talked about Kendra’s moms … 15 years ago in San Francisco, “Phyllis Lyon and Del Martin, two women who had been in love for nearly 50 years, had the courage to stand up and say those two powerful words:  I do.  Thousands more followed in their footsteps.  It took a long time, but love won.”

“Every dream depends upon the dreamers,” said Governor Newsom. 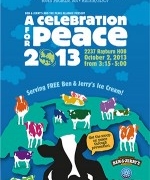 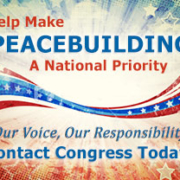 Department of Peacebuilding Act of 2019 Introduced!
Scroll to top