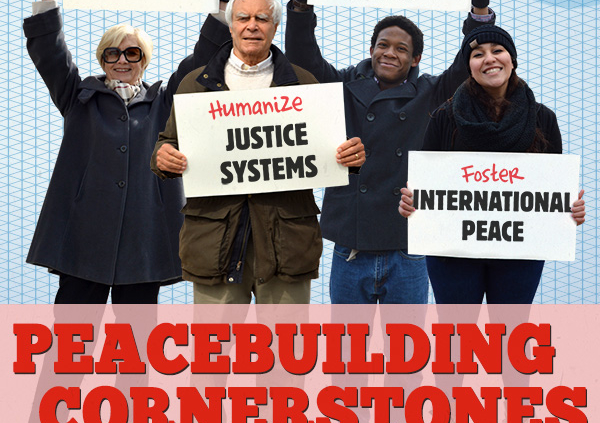 Research from the Institute for Economics and Peace shows that as recently as 2010, the Violence Containment Industry accounted for $2.16 trillion, or around 15 percent of U.S. GDP. Violence containment spending encompasses local, state, and federal government expenditure as well as private spending by corporations, households, and individuals. 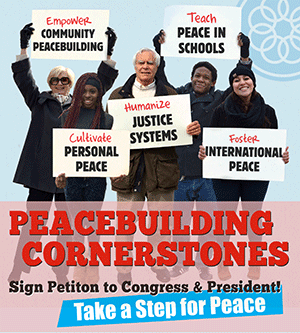 When adding up the concrete costs to the average American taxpayer it is estimated that violence containment spending costs $7,000 for every man, woman and child each year. That is $6 billion a day in total, or $246 million an hour.

AND YET, we spend a tiny fraction of that on peacebuilding work, which in comparison, proves to be cost effective, saves lives and builds lasting community resilience.

Sign our petition today, telling Congress and the President that it’s time to invest in key Peacebuilding Cornerstones. >>

Let’s tell our elected officials that it’s time for a change.  We can’t keep investing such a tremendous amount of resources trying to contain violence.  It’s time we put our collective attention and resources on dismantling the root causes of violence, by investing in the prevention and intervention work of peacebuilding.

Introducing the Social and Emotional Learning Act of 2015. Sign Petition to...