Pope Francis made waves across the United States and World this past week — addressing the U.S. Congress and the United Nations with a sweeping call for peace and justice.  We’re glad he’s speaking out.

Pope Francis has become a strong voice for peace with a prominent postilion of power and visibility – and for many, a strong moral authority.

He spoke forcefully to political leaders across the globe. Quoting from the New York Times: 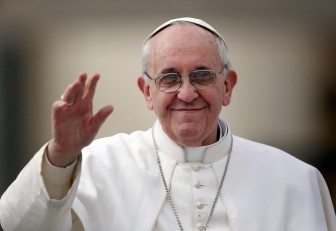 “Francis praised the accomplishments of the United Nations and its efforts to resolve conflicts and set human rights principles. Without that, Francis said, “mankind would not have been able to survive the unchecked use of its own possibilities.”

Francis also sharply rebuked the world powers on the Security Council for their failure to agree on a peaceful transition to the wars in the Middle East, apparently referring specifically to Syria and Iraq, where people “have faced the alternative either of fleeing or of paying for their adhesions to good and to peace by their own lives, or by enslavement.”

“These realities should serve as a grave summons to an examination of conscience on the part of those charged with the conduct of international affairs,” Francis said.

Citing the relentless conflicts in Ukraine, Syria, South Sudan and elsewhere, he said in direct reference to the quarreling among the permanent members of the Security Council, “Real human beings take precedence over partisan interests, however legitimate the latter may be.”

By contrast, Francis praised the recent nuclear agreement reached between Iran and world powers as “proof of the potential of political good will and of law.”

And he called for, “Peace in our homes, our families, our schools and communities. Peace in all those places where war never seems to end. Peace for those faces which have known nothing but pain.”

This is why we are going to Washington this October for our Be the Movement! Conference.  It’s people like us, who care about the cause of peace, who must make our voices heard to our elected leaders.  We must back-up and amplify the call to action that Pope Francis and so many other peace leaders are making, offering specific peacebuilding policy proposals in domestic and international affairs that can and will move us towards peace and away from war and violence.

We will specifically be working to support key community peacebuilding policy priorities in the U.S. as well as a sweeping policy measures to reduce Genocide and Mass Atrocities around the globe.  We can help make this happen.  If not us, then who? 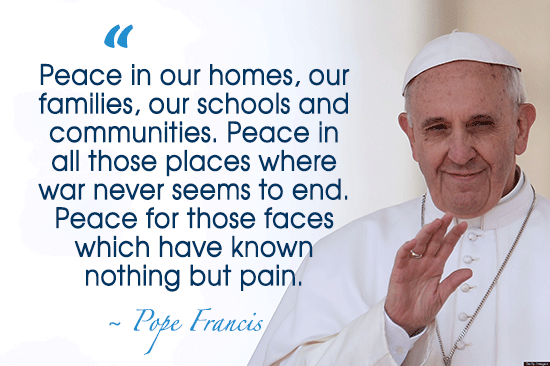 Scheduling your Congressional Meetings for DC conference
Scroll to top