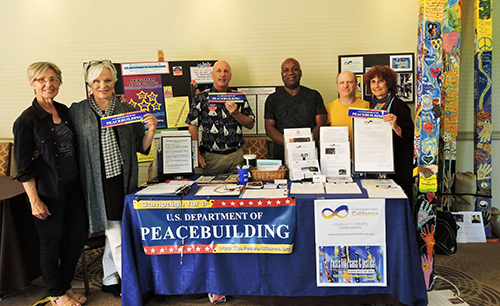 & Adopts Resolution to Budget for Peacebuilding

The CA Peace Alliance/ Campaign for a Department of Peacebuilding, in partnership with Compassionate California, also:

“Compassion impels us to work tirelessly to alleviate the suffering of our fellow creatures, to dethrone ourselves from the center of our world and put another there, and to honor the inviolable sanctity of every single human being, treating everybody, without exception, with absolute justice, equity and respect.”

– The Charter for Compassion, www.compassionatecalifornia.org