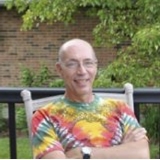 Steven Smith is a peace building professional with over 30 years experience, starting as a Peace Corps volunteer in Basankusu, Equateur Province, Zaire (now the Democratic Republic of Congo). He has been a peace building adviser on the Great Lakes of Africa for the United Nations, served in peace keeping missions and UN Missions in Rwanda, Sudan (Darfur), Haiti, Chad, and DR Congo. He is a skilled negotiator and led a Track II effort during the war in DR Congo as well as advising on other conflicts. Mr. Smith is an expert on countering violent extremism and has led or participated in multiple evaluations of CVE efforts world-wide for the US State Department with a special focus on the African Sahel. One area of special interest is support for women in conflicts and recovery programming in rural areas. He created UAID’s Women in Transition initiative following the Rwandan genocide that assisted 4 million people become economically self-sufficient and became a standard of gender sensitive programming. A recent area of focus is re-greening areas impacted by climate change and deforestation. Mr. Smith has a broad range of experience in the private sector in energy efficiency and renewable energy technologies and business development. Steven Smith is a published author and currently has a book project underway about his work in Rwandan refugee camps and post-genocide Rwanda. He is fluent in French and speaks Lingala.