Welcome to our Quarterly eNews with updates from

Catch up on the updates in each of our Peacebuilding
Cornerstones and Advocacy efforts in 2018!

Wishing You a Happy Spring & Season of Rebirth!
For the twenty-first century to be a century of spirituality,
we must be guided by the spirit of togetherness.  – Thich Naht Hahn

Inspired by many nonviolent youth movements across the country, our April’s national call was to highlight work of nonviolence as a foundational component by which we practice and teach peace in schools.

Our guest speaker was Dr. Michael Nagler. Dr. Nagler is Professor emeritus of Classics and Comparative Literature at UC, Berkeley, where he founded the Peace and Conflict Studies Program. He is a Founder and President of the Metta Center for Nonviolence (www.mettacenter.org); and author of Our Spiritual Crisis, The Nonviolence Handbook, and The Search for a Nonviolent Future, which received a 2002 American Book Award. Search and the Handbook have been translated into Arabic, Italian, Spanish, Korean, Croatian, and other languages. Other writings of his have appeared in The Wall Street Journal among other venues, and he has spoken and written about nonviolence, meditation, and world peace for more than thirty years and co-hosts Nonviolence Radio bi-weekly with Metta’s Executive Director, Stephanie Van Hook. He is currently working on a book, The Third Harmony, and a major documentary film on nonviolence and the “new story” of human nature.

Dr. Nagler spoke on the necessity of nonviolence work to incorporate a “new story” and a necessity of “new story” to incorporate nonviolence. He laid out a roadmap of nonviolence (found at www.mettacenter.org) that can guide us in bringing nonviolence into our personal life and from there extend it into the world. It is through the practice of nonviolent “thoughts ,words and deeds” we affirm nonviolence as a positive force. Dr. Nagler gave five suggestions to get us started on practicing nonviolence which include: disengagement from mass media, learning as much as we can about nonviolence, starting a spiritual practice, being personal when interacting with others and finding our passions. In addition to Dr. Nagler talk, our call also highlighted an important bill (H.R 3908) introduced by Congressman John Lewis of the 5th District of Georgia, regarding funding to teach nonviolence. To hear Dr. Nagler’s talk in its entirety and learn more about H.R 3908 , please listen to the audio recoding of this call.

If you have any further questions, want to share your peacebuilding work in education, suggest speakers and topic for future Teaching Peace In Schools calls please contact Jelena Popovic, Teaching Peace in Schools leadership council lead, at [email protected]

Networking for Peace – Stronger Together

We are stronger together.

Peacenow.com featured the Department of Peacebuilding (DoP) Campaign in its April 2017 newsletter and a growing list of organizations endorse legislation to create a cabinet-level Department to prioritize peacebuilding in this nation.  You can help build this list. 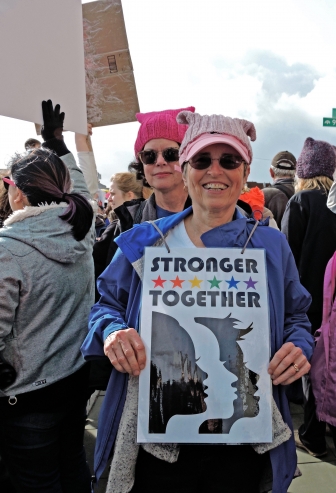 Thank You Brian – Peace On!

Brian Gibbs passed away unexpectedly on March 18, 2018.  He was a huge part of the Department of Peacebuilding (DoP) Campaign, Southeast San Diego Kids For Peace and other groups working for a culture of peace with each other and the earth. 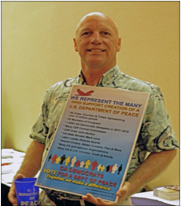 Starting in 2004, Brian joined with Americans for a Department of Peace (AFDOP), which was formed at his church – Unity Center of San Diego.  During this period he also started participating with Transmission Meditation in weekly meditation sessions.  In 2007, Brian and Sue Trisler began a life-long relationship and mentorship with Cynthia Gilliam, her granddaughter Cierra Cloud and Southeast San Diego Kids For Peace,  participating with them in Martin Luther King, Jr.  Day Breakfasts, Mother’s Day visits to members of Congress, International Day of Peace events, City Council events and more.

In 2011, he joined CA Department of Peacebuilding (DoP) leadership to successfully build support for the DoP legislation within the CA Democratic Party and with other organizations.  He developed our flyer on Violence Is Costly, Peace Is Priceless, assisted with updates to the Department of Peacebuilding legislation and was with us at least weekly via email, phone conferences and in-person tabling for a DoP.  He was also involved with environmental groups.  He was a loving supporter of all of these groups and the individuals in his life – especially his daughter, Brianna, who was his pride and joy.

We thank Brian for the generosity of his time and spirit and for his thoughtfulness, persistence and appreciation of life.  We thank him for his “right relationships” and for being peace.  “… peace is the wholeness created by right relationships with oneself, other persons, other cultures, other life, Earth and the larger whole of which all are a part.”  – Earth Charter

There is definite progress – and unfortunately setbacks – in approaches to making justice systems more humane – and those articles are consistently posted and tweeted on The Peace Alliance’s Facebook Page and Twitter Feed. 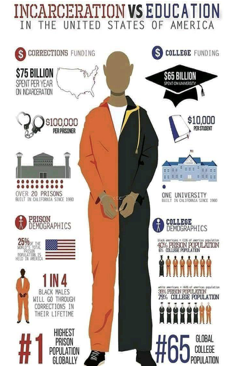 Stay informed and find out more on initiatives, such as the Middlesex House of Correction opening its P.A.C.T. unit, which stands for People Achieving Change Together. It’s part of a new initiative designed specifically for 18- to 24-year-old inmates, a population with high recidivism rates. P.A.C.T., opened in February, was born out of a collaboration between Middlesex County and the Vera Institute of Justice, a non-profit research group based in New York City. The premise of the unit is to reflect life on the outside. Inmates there have more freedom.

What about the expense of incarcerations? At $75,560, housing a prisoner in California now costs more than a year at Harvard…

Then Burlington, VT Police Chief Brandon del Pozo dares to imagine a criminal justice system that “strives to put itself out of business.” Pretty cool stuff!

In addition, The Peace Alliance publishes this quarterly eNews with updates and the news you need to know on Peacebuilding.

In the month of March, we celebrated Women’s History Month. A pioneer in Cultivating Personal Peace, Marianne Williamson, who is one of the Founders and Chair Emeritus of the Peace Alliance, has recently launched The Love America Tour, which she brings the principles of personal peace through the teachings of A Course in Miracles. I invite you to visit and listen to the free videos and see if she is visiting your community.

As we spring forth in the month of April, we remember fifty years ago, on April 4, 1968, the Reverend Dr. Martin Luther King, Jr., was tragically assassinated in Memphis, Tennessee. Though he was taken from this earth unjustly, he left us with his legacy of justice and peace. The King Center, in Atlanta, Georgia has many resources for you to learn more about the work of Dr. King, and how you can Cultivate Personal Peace.

If you are interested in being added to our Cultivating Personal Peace Facebook group, please email me at [email protected]

As usual, we have been hosting a series of inspiring, informative, empowering monthly calls this past quarter.  Recordings of all these calls can be found here!

In November, we were joined by special guest Colorado Congressman Pete Lee, pioneer of legislation to advance restorative practices – and we encouraged folks to connect with their own state legislators to promote this key peacebuilding realm.

In December, we had three special; guests from the leading edge of Peace Education, and our action promoted the Teacher Health and Wellness Act.

In January we welcomed Jenny Curtis, a trailblazer in bringing restorative practices into the prison context.  Our action was to promote the growth of “victim-offender mediation” programs in our home states.

In February we took a “difficult” yet important, and ultimately nourishing look at patriarchy – the systemic and cultural impediments and injuries that call us to a deep reckoning and healing.  Our special guest was Jerry Kennedy – an expert on the powerful work of the recently deceased author Allan Johnson.

In March our guest was Cameron Onumah, Director of the Feinstein for Congress Campaign, who discussed gun-safety legislation with us, along with the need for other forms of violence prevention in our schools and neighborhoods.  Our action promoted a whole array of bills, including foremost a ban on assault weapons.

Recently, our April call featured special guest Michael Nagler, founder and president of the Metta Center for Nonviolence.  Michael spoke about a “New Story” for the human evolutionary future, and the need to walk our talk as we advocate for changes in policy and social practice.

Our May 8th call will feature Hilary O Shelton, Senior Vice President for Policy & Advocacy, Director, NAACP Washington Bureau. He will discuss Voting Rights, Gun Violence and Racial Profiling, and current legislation the NAACP is promoting in Congress to support fairness and equality. Q and A will follow his short presentation, and an action will follow. Come join us, listen, and take action!

This Mother’s Day We Declare That It’s Time for Our Nation To Make Violence...
Scroll to top